The Story of Cindy 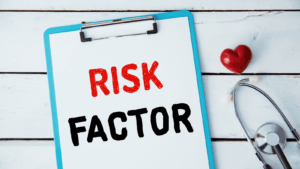 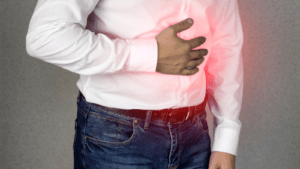 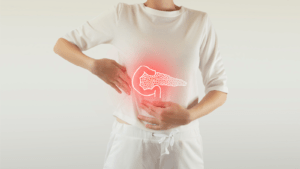 What is Pancreatic Cancer?

Meet Cindy, a vibrant mother of three, who is both hopeful and determined to beat the odds. She was kind enough to share her story with us to inspire, motivate, and promote awareness for pancreatic cancer.

“I am 57 years old, mom of three adult children – Sarah (31) Taylor (28), and Mikayla (25). My fiancé, Robyn, and I enjoy hiking, paddle boarding, traveling together, and maintaining our beautiful backyard and home. We have plans of traveling the world when we retire.”

“I was diagnosed with well-differentiated adenocarcinoma of the pancreas at age 56, in June of 2018. Unfortunately, like many of us, I was at stage IV because this cancer had been in me a while and was unknown. But that was not for lack of trying on my part!”

“I had GERD and irritable bowel disease much of my adult life, but two or three years ago it seemed the symptoms were worsening and now I was having more “gut” pain along with some other unexplained issues.

I went to two different GI specialists in hope of finding answers. They did swallow tests, blood tests, endoscopies and told me everything was normal. The problem is that neither of them ever checked my pancreas.

Had they done that we would have most likely had a stage I or II diagnosis. After receiving all normal results I thought that I would just have to live with the issues I was experiencing – until my pain increased and began to radiate into my back as well.

My PCP thought this might be a gallbladder issue and sent me to a general surgeon who after hearing my story said a CT scan was in order and was surprised no one had ever done one before. Of course that CT scan revealed the tumor that had invaded my body.”

“I was immediately referred to an oncologist with a highly renowned organization in our area and we began maximum dose chemotherapy in June 2018. I also saw a surgeon who let me know this is an unresectable tumor and that my disease was incurable. My oncologist concurred. It was very hard news to hear but I immediately told them both that I can still beat the odds. My second opinion went basically the same as the first.”

“I had heard about an oncologist in Seattle who does metronomic dosing – lower doses of chemo administered once each week – who is having great results and much longer survival rates. I had a consultation with him and after spending 2 and 1/2 hours with him I was convinced that was where I needed to be. I truly believe his methods are saving my life!”

“Even after switching to a more tolerable form of treatment, I ended up in the ICU in November due to harsh side effects of the first treatment at the highest dose. The doctor told my family there was only a 30% chance I would leave the hospital.

My family called my daughter, who lives in Cambodia, and told her to get on a plane immediately and the doctor began to form a plan of intubating me to keep me alive until she arrived.

It was a frightening time for all of us. Thankfully they never needed to intubate and I was out of ICU in two nights. Like I said earlier, I am determined to beat the odds! It took several months to recover from that, but I am doing great now.”

“Now just a year after diagnosis I am beating the odds I was given! I am convinced that finding the right oncologist with the right treatment plan has made the most difference. In addition to that, I have amazing and positive support from people and I just won’t accept that this is going to take my life. I strive to stay in a positive space and be good to myself – some days are easier than others but I refuse to let fear overtake me.”